I am fond of the word, 'possibility', and favor it over the word, 'hope'. I seek and stay open to opportunities that inspire excitement for a unique possibility down the road. Faith and hope have merged to become the perfect blossom of possibility.
July, 2017 is the four-year mark since I was diagnosed with breast cancer and four-years that I've been on an extended journey enduring eight surgeries and complications. I can now look ahead for what is possible in this next chapter of my life. I've been on a personal path that required me to press the button for auto pilot, keep my head down, and suit up in armor for the next challenge; the next painful medical blow as they kept coming. I wasn't sure if it would end.
Presently, I'm coming out of a heavy fog as the pain from this last and final surgery subsides, and I can clearly see that I'm at the tail end of an ordeal. I notice that colors are brighter, and a smile crosses my face in an easier manner. I'm in need of developing a stimulating and meaningful purpose. To ensure this, I'm pursuing a few healing options.
The most important one, was to begin my first support group with women who've been on a similar path to deal with unavoidable trauma. Who has time to deal with that when you're in the thick of it and on your own? It sneaks up on you later when the auto-pilot survival button is turned off. I don't have time to waste and risk trauma showing up later and stopping me from experiencing life in joyful expansion. I want to be whole and healed in mind, body, and spirit. Admittedly, I have days where I wonder if I'll ever be the same, and know my heart may take longer to mend. I allow myself to feel the waves of sadness that hit me at unexpected times. I've lost a chunk of my life, and I'm ready to do whatever I can to embrace possibility wherever and whenever it may show up.
There is a particular event on the horizon that could propel me into manifestation of a vivid vision I've had for many years. I'm aware that it's not only a miracle, but a gift that I'm alive today. With that said, a brave risk on any level is nothing compared to what I've been through. I now look toward the type of challenges that inspire love, purpose, creativity, evolving, and worldly adventures.
I have to believe in my dreams to stay connected on a planet spinning so fast in time, I pause to catch my breath. If I remain as sheltered, isolated, and disconnected as I have from facing a life-threatening journey (known for squashing dreams), I fear I will shrink and disappear. The trick is to find my way back to a reinvented life and livelihood. I must look forward and trust that great things will unfold to achieve even my most idealistic and romantic dreams.
I may not have all of the same dreams as I did in my twenties, but new-found dreams have emerged that feel aligned with my core. Before I know it, the mermaid essence part of me may just swim across the oceans to another continent for exploration fulfilling boundless curiosity and passion. Desires evolve and shift as we change; life changes us. There may be dreams we began with from years past that have fallen away, but we can choose new aspirations and transform into an even more exquisite butterfly breaking out of its cocoon.
I would encourage anyone to allow your imagination to take flight in both daydreaming and night-dreaming. Intriguing possibility could meet you right around the corner. Life is fragile and fleeting. Sometimes we need to throw our fears up to the gods and take the biggest chances of our lives.

There are Those Times

There Are Those Times 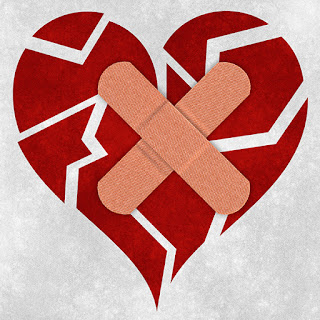 Keep on swimming through life,
Valerie
at 6:10 PM 1 comment: