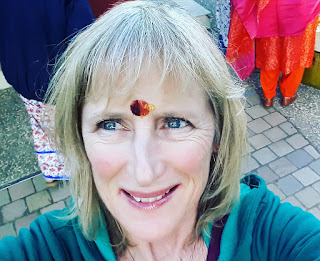 Since my manuscript was taunting me and I couldn't seem to get a footing to launch into the daunting revision notes from my editor, I decided to seek a quiet space to write. After a few hours of research, I came across a retreat that appeared to be the answer. It was all about where I could sequester myself and get to work with focused concentration. Over the Internet, I concluded that it would be the perfect solution since my living space is continually over run with traffic noise.

What's the expression - "Life is what happens when you're making other plans."

My first experience on this adventure was getting lost after driving 4 1/2 hours. Once I started up the mountain, my cell reception dropped and along with it, google maps. I went old school and stopped at a stranger's home for verbal directions. I was so grateful for friendly help because I would never have found my destination up a curving redwood canopied road to the top of a mountain.

I arrived at Mount Madonna near Watsonville in Northern California among the majestic redwoods - a rather rustic site with basic accommodations. It's an Ayurveda and yoga retreat with all vegetarian meals included. It was a mix of Hippie and Hindu. Everyone was nice and deeply laid back, and most of the staff lived there full-time for free in trade for working at the retreat. As a newbie to retreat life, it was a stunning thought to think of being so cut off from the real world.

It dawned on me that the day I checked in on June 30th, marked exactly one-year since my eighth surgery. I was immediately struck by the serendipity. I never fully grasped that I'd not taken any time to heal and nurture myself in any type of retreat - spa or otherwise. It was due to a combination of no money for luxuries and in a state of continual fight-or-flight. I feel as if fight-or-flight state-of-being has been second nature since early childhood--a necessary tool for racing over high hurdles, keeping a roof over my head, fighting for my life and surviving. It's not a matter of avoiding the dark and difficult, but the way I found to get through... that, and noticing the exquisite beauty in nature on a daily basis.

I went to the retreat with an intention to write but it blossomed into something else. I knew it would at least get me in the zone... or so I hoped. I was distracted by interesting conversations that spontaneously came about. I couldn't find a writing spot since it was an active retreat, and my cabin room consisted of two twin beds only. I allowed for the unexpected, which I discovered was far easier to do away from home and routine.

It was like closing my eyes, taking my hands off the steering wheel and allowing myself to trust without the expectation of what I thought it would be. 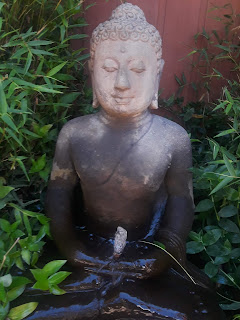 I booked a massage and spa treatment that followed Ayurveda practice. It was life-changing. I felt myself melt and booked a second treatment meant to be healing, grounding and good for the nervous system. Because of a last minute cancellation, I slipped into a consultation with the best Ayurvedic doctor on the property - her last appointment before returning to Nepal. I attended the hour 1/2 Asana yoga class twice, which is complimentary to guests. I met a woman from Manhattan who, like me, wanted to hike in the redwoods but a mountain lion had recently been seen on a trail. We decided to buddy up and and brave the woods. We were talking so much and commenting on the beauty that the mountain lion nervousness stayed behind. It was a near two-hour hike in a towering redwood forest where we appeared miniature in its centuries old magnificence.

There were three tasty and nourishing meals a day where connections and conversations flowed in the most natural way. Time flew by from one meal to the next. I was hit with an awareness that unfolded without a moment's thought. I didn't resit, I opened to it being what it was - a restorative retreat. A first for me! The twists and turns that changed my sincere efforts in an intended plan became a blessing in disguise.

Other interesting and revealing things took place: A new friendship, meeting a potential romantic partner who lived up that way flat-lined, connected with an old crush, and a random email came in to announce that I was awarded a free healing retreat in Cancun for breast cancer survivors--I had applied for it a few months ago and forgot about it. Total surprise and a gift.

The second retreat I was going to (where I really thought I'd really get writing done) since I couldn't get enough consecutive days in one place called to tell me that their construction would not end at the planned date. I had to cancel. Construction noise defeated the purpose of being enveloped by quiet in a Buddhist retreat that's known to be a place where sounds of nature and bells are the only sounds you hear. What I thought would be a 10-15 day trip to get a good start on the book revision and possibly a romantic adventure, didn't happen.

But, what did happen is that I became aware, as different things unfolded without my doing or control, that it was easy to accept and even embrace the experience. It may have been a runaway retreat, but I didn't mind being a runaway from my routine. As much as I steer clear from cliches and guru-type quotes, all of it was truly 'meant to be'. It was, in fact, a restorative and healing getaway where I felt pampered, connected, and safe enough to let go of a familiar fight-or-flight state-of-mind. Writing will come and possibly flow better than I expected. 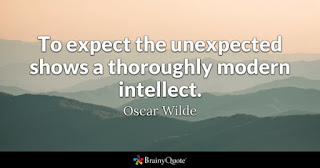 at 2:57 PM
Email ThisBlogThis!Share to TwitterShare to FacebookShare to Pinterest