Discouraged and Encouraged
Dualities of Life 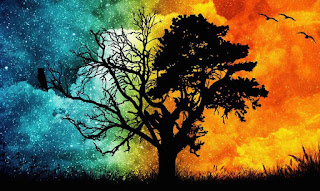 Ah, the dualities of life: Encouraged/Discouraged, Sad/Happy, Peaceful/Anxious, Healthy/Unwell, Prosperous/Unprosperous, Elated/Heartbroken and so on. In spiritual realms, the duality of life is spoken of often. The inevitable part of living on our spinning planet is facing duality, even several times in one day.

I've been experiencing duality quite a bit lately in both my professional and personal life. It was highlighted when I attended the Santa Barbara Writers Conference. I was given the gift of sponsorship, for which I am so grateful. I was hesitant to workshop essays from my book because I'm in the polish of a final draft and well aware that everyone has an opinion. Panic rose as I work-shopped the opening of my book. In the end, relief swept over me after receiving positive feedback on the three essays I work-shopped with a variety of instructors, including the crucial opening. Generally speaking, writers are isolated and it's a form of art kept close until shared publicly where we risk our fragile confidence. In my case, reading from memoir exposes me in an especially raw way. The adrenalin surges in front of the listeners and nerves calm with constructive comments--Duality again.

The discouragement centered around the business of getting published. There were panels focused on all aspects of agents and paths to publishing. It was like opening pandora's box where the little devils rise up to tell you just how difficult it is to be successfully published; that there's no way to avoid putting a good deal of money up whether self publishing or with a hybrid publisher. And, the negative aspects of how much the publishing world has changed proved daunting. This would include how many of the publishing houses in NYC have shut their doors and chances for a non-celebrity or non-established writer has 0% chance. Having a grand platform is the secret. Then there's the elusive, but wholly necessary perfect query letter for an agent or publisher... the one that sparks unique and captivating interest.

While attending the conference, I heard the word, "platform" daily; everywhere. This was also stated in the 10 minutes I sat with an agent for a fee. Although she thought my pitch sounded compelling (encouraging) she was intent on communicating that I would need a strong platform (discouraging) before anything else... that would be an audience in the thousands I'd have to lure into my book orbit. I ran into a friend at the conference and we had a chat. I said, "If I hear the word 'platform' one more time, I'm going to jump off a f___ing cliff." A woman standing nearby chuckled. We're all in it together.

It is overwhelming to navigate the business of publishing. Writers work so hard to finish a book often taking years to complete as is the case with me. You think this is the hardest part, but as one of the workshop leaders (teaching "Hooking Your Readers") stated, "Getting published is just as hard work as it is writing your book." Yikes. Dear God, and I was convinced that it's the writing (writing well) that's the hardest endeavor. It's also the most gratifying work I've ever done.

I've said all along that I have to look at this in tiny frames--bird by bird. One step at a time. Get the final draft and go from there otherwise it's too distracting and prodigious. The pros would say that you should be building your platform all along. Whoops.

The duality that hits harder is more personal. I'm a trusting person and, as it happens, too trusting and I'm paying the price. I've been fortunate in my business as an Image and Design Consultant (makeover specialist for wardrobe and home) for fifteen years, to have great clients. They're thrilled with my work and happily pay... until recently. I met a woman in a class and she was interested in my wardrobe services. After a phone call and several texts, a verbal agreement of my hourly fee and an offer of a great discount, we set up our appointment. My experience and expertise guides a client in "what not to wear" and then creates a makeover from there.

To make a long story short, she's not paying her balance. I should've taken the hint when in the first hour of my services (where I discovered that there were three full closets to assess taking 7.5 hours in two session to complete), she tried to offer a stag horn plant as part payment. Later, when I mailed the invoice for the balance, she responded with an attempt of used clothes, a salad and our acquaintance to render us "even". Nope. Since then, it's been one long chase, lies, excuses and a big nightmare. It's become the principle of the matter.

The duality that applies here is: one of satisfaction for accomplishment of good work/dread at prospect of chasing a client for money. In the end, I'm grateful that this is the first time in fifteen years of clients where I've been pushed to the brink and going to small claims court. The very last thing anyone wants to do. Who needs extra stress?

This brings us back to the dualities in life. As we face challenge there's always ebb and flow. While I struggle to be back on my feet in life, health, and business after challenged with a long road of breast cancer and ongoing management of a taxing nuisance known as an immune disorder (spiked pain/less pain), I simply want ease and flow... a little more yang than yin... do you catch my drift?

How do you feel about yin and yang (ongoing duality) in your own life?

Yin and Yang - noun (used with a singular or plural verb)
(in Chinese philosophy and religion) two principles, one negative, dark, and feminine(yin), and one positive, bright, and masculine (yang), whose interaction influences the destinies of creatures and things. 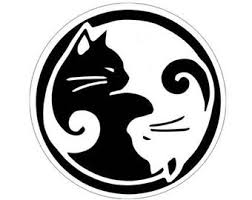 Keep on swimming through life
Valerie 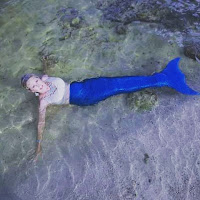 at 9:45 AM
Email ThisBlogThis!Share to TwitterShare to FacebookShare to Pinterest