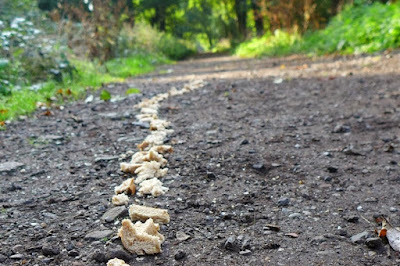 It took such a long time to realize that I deserve a lot more in life than breadcrumbs... an embarrassingly long time. It was in therapy not so long ago when I said, "I'm so tired of receiving breadcrumbs."

Although there were feelings of knowing I deserved better whether in family, career, love relationships, and friendships, the acceptance of breadcrumbs was natural and certainly coming from a subconscious place because why would anyone want this to be a factor in their lives? And why does it take so long to put two and two together? I think that depends on when it began.

A child doesn't know better. Any child that loses their mother as a toddler (as I did) and has a father who doesn't have the tools to be a present parent freely giving unconditional love and support to his daughter but is capable of showing love through breadcrumbs that is all this child knows. And when a seedling of a child idolizes her dad, the only parent she has, basking in breadcrumbs of love is a ray of sunshine to her. The rest of the time she (I) was in a perpetual tap dance for those breadcrumbs of love, approval, and to be seen. The subconscious is a powerful thing.

The real trick is the decades long unraveling of that subconscious in order to get to a place of knowing that one soul (just a speck in the Universe) deserves the whole slice of bread... of life. More than half my life is behind me and the many twists, turns, and roadblocks preventing me from fully living because I was in full survival mode whether it was a cancer battle, keeping  a roof over my head, and in a constant state of spinning plates, doesn't always grant the time to reflect and dig deep to break apart the breadcrumbs I've been gratefully accepting throughout my life.

It wasn't until I was deep into writing my book Caution: Mermaid Crossing, Voyages of a Motherless Daughter that certain incidents came to light. And much to my editor's credit who pushed me to dig deeper to expose all the truth, which was the the smart thing to do. It was exhausting but it led me to linking my essays and expose myself is vulnerable and even humiliating ways.

As one example: When my dad and stepmother bought a condo on Key Biscayne (where we lived on a temporary basis and would be moving there permanently), I was 15 and just started high school in the only neighborhood I knew and where my birth mother lived so briefly before she died. My first view of the 2-bedroom condo was in its raw form with concrete floors. My second view was when we moved in and where I moved into the guest room. I say guest room because my stepmother decorated it not as a room I could put my teenage stamp on, but the guest room she saw it to be--without me in it. I still had 2 1/2 years of high school and at the age when teenagers want to express themselves. It came with a sofa bed that I had to pull out every night to sleep on--to sleep on a thin mattress with springs in my back. There was nothing of me permitted in that room. When I got up, I had to push the damn thing back in to create a sofa again. Everything was just so. Everything pointed to the desire to get me out of the house. I was never my stepmother's cup of tea even though I was only five when she came into our lives. That guest room with the ugly big black urn holding bright yellow sunflowers told me every day that I was not a part of a home. But it was not a conscious awareness until decades later.

My dad should've put his foot down for his daughter but he didn't and I suspect he had long ago wanted to be free of parent responsibilities. At the time I thought nothing of it because I didn't know better so I accepted the breadcrumbs. My dad died young too at the age of 57. I never had a chance to discuss any of these things with him. I wish I had.

As I unravel my part in accepting breadcrumbs, I will no longer scoop them up with gratitude. I am grateful that the significance of being expected to be independent and a survivor beginning as a toddler has provided enormous strength and perseverance--it's probably kept me alive. But as I've recovered from long journeys of challenge, I'm open and ready to receive a softer life where I live the life I desire and deserve--where I receive whole slices of love and acceptance.

I love wholly and deeply and put my heart in all that I do. As flawed a human as I am, I know that I am someone to be trusted as a friend and lover/partner. And while there's probably been some twisted part of my subconscious that didn't believe I deserved success even though I've persevered and been tenacious my whole life whether it was getting into Hollywood jobs by smarts and the seat of my pants, or creating a business out of thin air, and putting my all into every reinvention, I am now in a place of well-deserved self-acknowledgement, success, and accomplishment.

Although I've loved stories since I was a teenager and been a story editor supporting other writers, I came to a place of letting go of my intimidation around writing (writing well) and have become an author/blogger/workshop leader as my new chapter and new beginning post-cancer and post-breadcrumb acceptance. It's never too late.

May you always receive the big slices of bread and bunches of real sunflowers in your life. 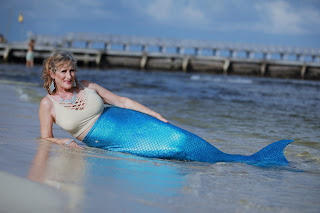 at 10:29 AM
Email ThisBlogThis!Share to TwitterShare to FacebookShare to Pinterest